Are patients well-served by the recent study questioning mechanical compression?

The New England Journal of Medicine (NEJM) recently published the results of the PREVENT trial that led study authors to question the use of dual modality — IPC and pharmacological prophylaxis — in critically ill patients. Concerns with the study include:

The authors of the recent PREVENT trial concluded that among critically ill patients receiving pharmacologic thromboprophylaxis, adding IPC did not result in lower incidences of proximal lower-limb VTE than the pharmacologic approach alone.

Professor Steve Kakkos, MD, MSc, PhD, RVT, is an expert in vascular surgery with tenure on the guideline committee for the European Society for Vascular Surgery and the committee for the European Venous Forum. He has published more than 180 articles and book chapters. Kakkos reacted to the study by saying, “A major concern is the crossover from pharmacologics to IPC devices in 10% of patients, at least temporarily, in the control group (Table 2), but no information regarding the IPC group if pharmacologics was discontinued, a source of bias, in addition to issues with blinding of outcome assessors. Bad design."

A major concern is the crossover from pharmacologics to IPC devices… a source of bias.
Professor Steve Kakkos, MD, MSc, PhD, RVT

It's important to look closely at the design and results of the PREVENT study, so as not to neglect 30 years of clinical evidence, including studies supporting dual modality.

A brief history of VTE prophylaxis 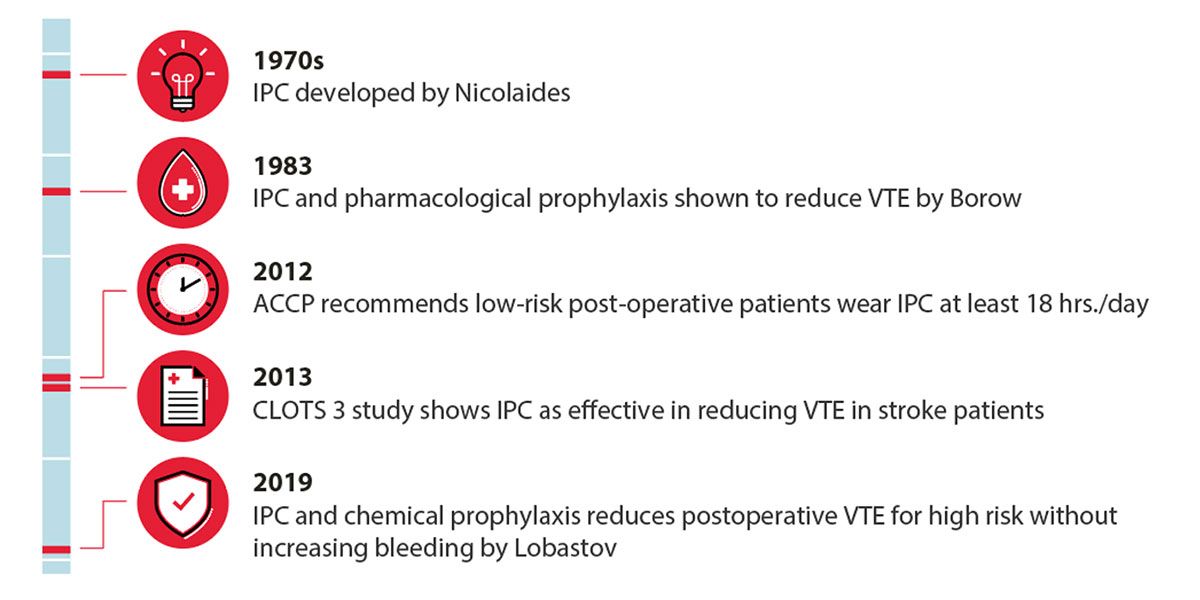 IPC therapy was developed by Andrew Nicolaides, MS, MS, FRCS, PhD, an expert in cardiovascular disease and stroke prevention, in the late 1970s.

In 1983, Maxwell Borow showed the efficacy of combining IPC and pharmacological approaches to reduce VTE. This finding has been reaffirmed many times since. For example, a Cochrane analysis reviewing more than 11 studies, representing over 7000 patients, found that compared with compression alone, combined modalities significantly decrease the incidence of DVT in high-risk patients. The included studies were under powered with regard to pulmonary embolism.

Medical organizations also promote the use of IPC. The American College of Chest Physicians (ACCP) recommends that even low-risk postoperative patients wear IPC devices. Also, the Association of periOperative Registered Nurses (AORN) guidelines recommend that the IPC device remain on for a minimum of 18 hours daily, "during the intraoperative and immediate postoperative period."

A heterogeneous and unbalanced patient group

More data may be needed to determine whether the fact that patients in the PREVENT study were younger and in better health also meant that they may have had lower risk of bleeding and VTE — and so didn't need IPC. Without a VTE risk assessment, it is unclear.

In 2018, Lobastov and other researchers conducted a similar study to CLOTS III, finding benefits of IPC with high-risk surgical patients for dual modality (in combination with graduated compression stockings). The authors also recommended IPC for lower risk patients (a 5 or 6 on the Caprini Risk Assessment scale).

Recently, Lobastov expressed concerns about the PREVENT study using a mixed population of medical, surgical, and trauma patients. "The risk of VTE with trauma patients can be higher," he said. "We chose to use one population," referring to a trial of 507 surgical patients, the results of which were presented at the 2019 European Venous Forum in Zurich, Switzerland.

The trial found very different outcomes than the PREVENT trial. Lobastov concluded that "the combination of IPC and standard prophylaxis reduced the incidence of postoperative VTE in patients at extremely high risk without increasing rates of leg skin injury or bleeding."

I was surprised when I did not see rate of bleeding mentioned in the PREVENT trial. It is a standard outcome when using any kind of anticoagulant.
Professor Kirill Lobastov, MD, PhD.

The PREVENT study used APACHE (Acute Physiology, Age, Chronic Health Evaluation) scores, a critical scoring to determine how sick a patient is, but did not use the Caprini Risk Assessment (or a similar tool designed to assess the patient-specific risk of VTE). It did not address the need to balance the risk of bleeding with the risk of VTE. In contrast, Lobastov said, "We designed our study after we made the validation of the Caprini score. The APACHE assessment that was used in the PREVENT trial is not a model for assessing risk for VTE and cannot be used to make a prediction for VTE. APACHE is used to predict mortality rate."

It's worth noting that the PREVENT study's authors did find that patients used IPC during the times when the control group's anticoagulant was interrupted, with no explanation of why it was used in that scenario while it was not recommended at other times. Again, more data may be needed.

In an ICU setting, compliance with chemical prophylaxis tends to be poor

The PREVENT trial did not discuss how the researchers defined device use, and reported on the time IPC was applied, which was 22 hours. "That's not the same as a doctor going to the bed to ensure that the patient's IPC device was on the legs and the machine was turned on. We did this in our trial," Lobastov said.

It's hard to know how accurate the PREVENT study's results are when, according to the Agency for Research Healthcare Quality (ARHQ), there are typically frequent gaps in the administration of prescribed prophylactic and therapeutic anticoagulants. In an ICU setting, compliance with chemical prophylaxis tends to be poor. A cross-sectional international study of almost 70,000 patients found that appropriate prophylaxis was administered in only 58.5% of surgical and 39.5% of medical inpatients at risk for VTE.

Yet, compliance is critically important. In one study, DVT rates were 277% lower when patient compliance with use of intermittent pneumatic compression (IPC) devices was 80% vs. when compliance was 49% (DVT rates of 1.3% vs. 3.6%).

Not all IPC devices are created equal 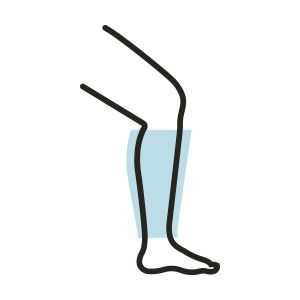 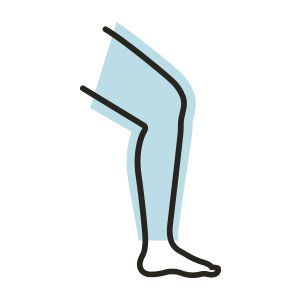 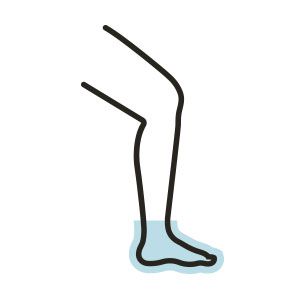 The PREVENT study used 6 different IPC devices, including knee-length, thigh-length sleeves, and foot pumps. The make and style of the IPC device can make a significant difference in the amount and speed of the venous blood being moved.

"We used the above-the-knee Kendall SCD™ 700 Smart Compression™ device, while the PREVENT trial used multiple devices using both above and below the knee devices. All medical devices are different. One device can reduce the heterogeneity which could be important in a study like this," Lobastov asserted.

For example, a 2001 study found that compression chambers that encircle the lateral and medial aspects of the calf do a better job at increasing venous velocity than those that only compress the foot. The author noted that there is likely a correlation with improved venous flow in those devices that most closely simulate the physiological contraction of the calf muscle. 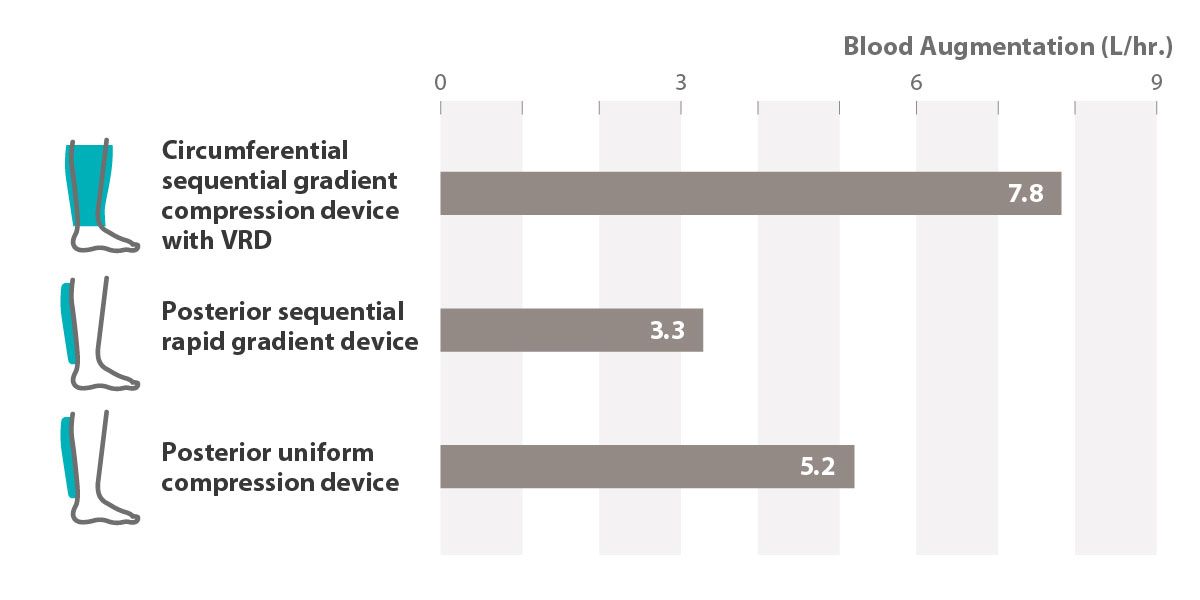 A 2005 study comparing a sequential leg compression device (SCD) to a rapid inflation device found that SCD devices expelled significantly more venous blood  by augmenting flow throughout a significantly longer compression period. This resulted in more blood flow over time. The total volume of blood expelled per hour was 100% higher with the SCD than the rapid inflation device.

Lobastov also noted an issue with ultrasounds in the PREVENT study. “In addition to the absence of calf ultrasound, about 9% of the patients did not receive baseline ultrasounds, so the number of unrevealed DVT at baseline may be higher."

This suggests that some of that 9% of patients could have had a pre-existing DVT that would have been detected after VTE prophylaxis had commenced, thereby having a negative effect on the overall trial results. Although it is a small number of patients, it highlights an important potential source of bias in the PREVENT study.

A 2016 Cochrane review of 22 studies found that the addition of IPC to pharmacological prophylaxis reduced DVT, as compared to pharmacological prophylaxis, alone. In addition, the recent Lobastav trial, which used the Caprini Risk Assessment model, concluded that combination of IPC and standard prophylaxis reduced the incidence of postoperative VTE in patients at extremely high risk without increasing rates of leg skin injury or bleeding.

While the PREVENT trial provides data on the outcome of critically ill patients with respect to VTE, the patients' population, study design, and results raise questions on the ideal VTE prophylaxis protocol. Given the long history and guideline recommendations for the use of IPC, more data is needed to determine if and how these results should translate into clinical practice. 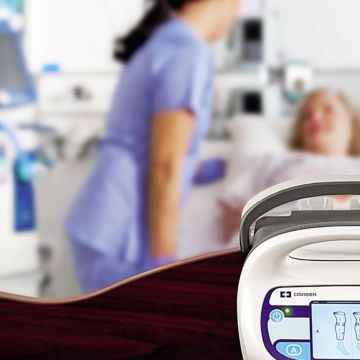 How to reduce your patient’s risk for bleeding 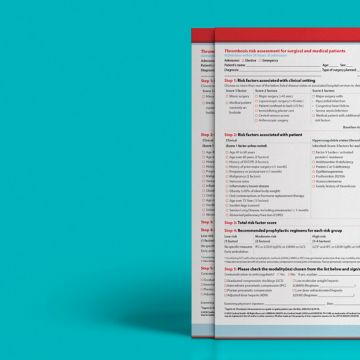 The incidence of DVT decreased by 84% after one hospital implemented the tool.