Millions of people are at risk for VTE without realizing it

When it comes to venous thromboembolism (VTE), there are certain patient populations you likely know to watch:

But there are many other risk factors that can increase the risk of blood clots.

During a hospital stay, bed rest is a key transient risk factor. In regular life, inactivity — and the chronic inflammation that results from it— similarly is a persistentrisk factor, according to a 2019 review published by the Medical Journal of Australia.

In addition, there are other lifestyle factors that can increase the risk of VTEs:

In 2019, the European Journal of Epidemiology published a meta-analysis of 14 observational studies comprising over 1.2 million participants that showed a negative correlation between physical activity and the occurrence of VTE. In other words, people who exercised the least were most at risk for VTE. This risk factor was independent from age and BMI.

And a 17-year surveillance study published in a 2018 volume of the Mayo Clinic Proceedings pointed to the negative impact of inactivity on vascular health: One in 26 British adults who failed to meet physical activity recommendations died from complications of cardiovascular disease (CVD), the study found.

2. Being overweight or obese

Obesity is an independent risk factor for VTE, according to the October 2019 issue of the Mayo Clinic Proceedings. Those with the largest waist circumferences are most at risk, while people who store fat in their hips or legs are least at risk. An overview of in BMJ Best Practice mentions obesity (BMI ≥29 kg/m²) as a risk factor for pulmonary embolism.

Frequent flyers, who log more sitting hours, and travelers who take long flights, especially those who fly over four hours to their destination, put themselves at risk for VTE, according to a 2018 review published in the Journal of the American Medical Association (JAMA). In fact, five percent of high-risk passengers require care after developing VTE, typically within days of the flight, and one in 10 long-distance travelers have VTE but don't realize it because they have few or no symptoms. About 10% of the 147.2 million people who fly each year qualify as frequent flyers, according to a 2016 report by Ipsos Public Affairs, putting the number of at-risk passengers around 14.7 million.

Prolonged road trips similarly put passengers at risk for VTE since they restrict movement, according to the Canadian Journal of Cardiology. “This is a dramatic example of the risks inherent in spending prolonged periods immobilized in a cramped position," shared Stanley Nattel, MD, the journal's Editor in Chief. “It is an important reminder of a public health point and reinforces the need to get up and walk around regularly when on an airplane or when forced to stay in a car for a long time."

One thing that's surprisingly important to ask about when considering a patient's risk for VTE is their gender identity. Other factors related to biologic sex and pregnancy are relevant too.

According to a study published in the New England Journal of Medicine, 30.7% of men with a history of VTE will experience a recurrence, compared to just 8.5% of women.

Many transgender women are prescribed hormone therapy by their doctors, and some choose to pursue gender-confirming surgery. Both high levels of estrogen and undergoing surgery are risk factors for VTE, according to a 2019 feature in the New England Journal of Medicine.

In fact, a position statement from the Medical Journal of Australia suggests one in 20 transgender women undergoing hormone therapy ends up with VTE, with higher doses resulting in even more cases. That would mean that transgender women are at a significantly higher risk than cisgender women.

Women are 5x
more likely to experience a dangerous blood clot during pregnancy and the three-month period after delivery.

3. Being pregnant and having a c-section

VTE is one of three common complications of pregnancy, alongside hypertensive disorders and postpartum hemorrhage, according to the Centers for Disease Control and Prevention (CDC), as reported in a 2018 perspective piece in the New England Journal of Medicine. In fact, "women are five times more likely to experience a dangerous blood clot during pregnancy and the three-month period after delivery," and having a c-section doubles their risk, according to Stop the Clot, Spread the Word™, a campaign spearheaded by the CDC. Yet, only 25% of American women receive thromboprophylaxis during the postpartum period, according to the same journal article referenced above.

Hormone therapy is often prescribed to women experiencing the uncomfortable side effects of menopause, such as hot flashes and night sweats. Because it's accompanied by a two- to five-fold increased risk for VTE, per the American College of Obstetricians and Gynecologists, medical scholars recommend prescribing the lowest dose possible, according to a 2018 issue of the Journal of the American Medical Association (JAMA). However, even a low dose can result in deep vein thrombosis (DVT).

Both women who take birth control and those who take medications to aid fertility are at an increased risk for VTE, according to a 2019 study published in the Journal of Investigative Medicine. More than 32,000 women using contraception and 4,700 women taking infertility medications participated in this study, along with nearly 147,000 controls.

Oral medications increase the risk more than receiving birth control transdermally, according to a 2020 feature in the New England Journal of Medicine. In fact, another 2019 study published in the British Medical Journal found that women taking transdermal forms of birth control, such as skin patches, creams, and gels, were not at a higher risk for VTE than the general population.

For example, consider the transgender woman, assigned the male sex at birth, who is not only taking gender-confirming hormones but is also planning to undergo surgery. She may be at a much higher risk than her healthcare providers realize. Similarly, obese Americans who lead sedentary lifestyles and plan to undergo bariatric surgery face compounding risks for VTE.

"Given the increased incidence of multiple risk factors for VTE," it's important to leverage comprehensive risk assessment tools that screen patients against multiple risk factors, argued physicians Anil P. George from the University of Illinois and Paul Kent from Rush University Medical Center in a 2019 issue of Global Pediatric Health. 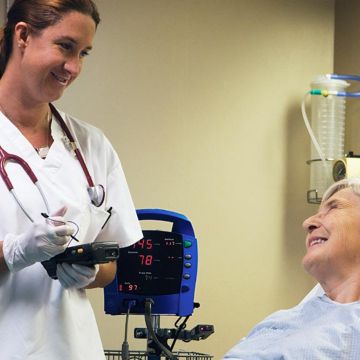 The spread of COVID-19 has created unprecedented challenges for healthcare providers. But even in the heat of a once-in-a-century pandemic, patients continue to suffer from perennial, and potentially fatal, medical emergencies — including stroke. 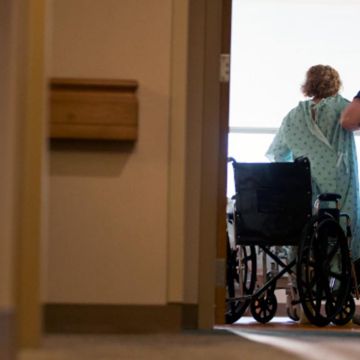 Between admission and discharge, there are several points at which the VTE prevention protocol can fail. Learn how to identify and address 12 common protocol pitfalls.