Your patient refuses treatment to prevent blood clots. Here's how to escalate.

CNS at University of Kentucky Healthcare

Learn how to build an escalation process to make sure patients are compliant with recommended treatments.

Straight out of surgery, no one's at their best. Still in pain and groggy, many patients have no idea why IPC devices are massaging their legs and why they might be helpful.

A nurse's explanation — that a doctor has determined the patient is at risk for venous thromboembolism (VTE) and has ordered the use of an intermittent pneumatic compression (IPC) device — may not be enough.

A refusal is an opportunity for education

"The effort to educate must not stop the first time a patient rejects an IPC device," said Vonda Vaden Bates, a patient advocate whose husband died of a hospital-associated VTE. "They might not have the wherewithal to make the best possible decision given the circumstances," she said. “It's critically important to give that patient the opportunity to make a decision that truly could be lifesaving."

To continue education efforts for reluctant patients, nurses need support from more senior nurses and physicians. One hospital, University of Kentucky (UK) Healthcare, has implemented an escalation policy to empower them to demand the back-up they need.

"What we were finding, and this happens everywhere, is that you call, and 10 minutes later, you call again," said Tricia Kellenbarger, CNS at UK. "It's two hours later and you're like, I need this, and I can't get a hold of anybody."

The escalation process at UK Healthcare

At UK, the nurse documents the refusal in the electronic medical record (EMR) system and requests assistance. The process then escalates to the nurse manager or CNS — and to a physician, who may be the resident, the fellow or even the attending doctor. Both physician and senior nurse then visit the patient and discuss the importance of IPC devices. 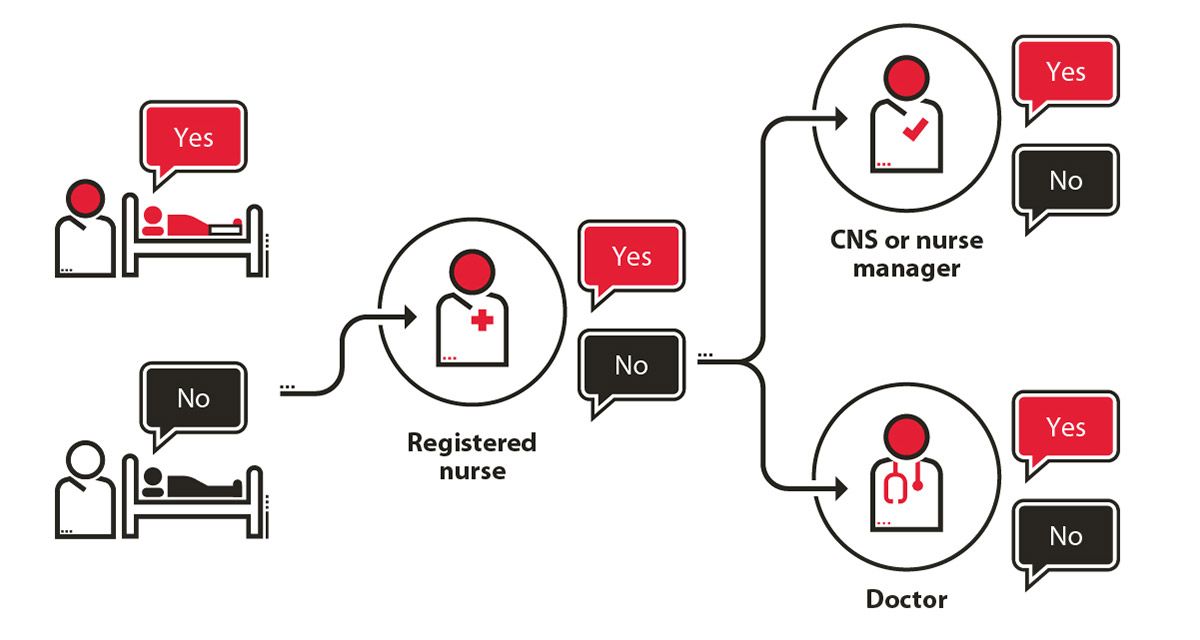 Key things to know about VTE and IPC

10%
of hospital deaths associated with PE2

10
minutes after removal of IPC device beneficial effects are lost4

Doctors typically prescribe IPC devices alongside chemical measures. Using a risk assessment, they determine if one or both are appropriate.

Current Trauma Reports notes that IPC devices, alone, reduce risk of VTE by 50 to 60% compared to no intervention. Yet, patient resistance can interfere with this measure. Meanwhile, The American Journal of Surgery reports that nurses see refusal as the single greatest barrier to compliance.

An extra step that empowers nurses

UK Healthcare isn't the only hospital embracing a patient refusal escalation process. In another case, a hospital that serves a population at heightened risk for VTE and other complications began to notice IPC protocol improvement opportunity in VTE cases analyzed retrospectively. They also noticed compliance for proper IPC placement was much lower than expected.

As a result, the hospital conducted a multi-modal prophylaxis pilot program in 2011. Its results showed the potent effect of improving compliance, including a significant decrease in hospital VTE rate, which translated into 87 fewer annual cases of VTE and significant savings.

Examples like this show the success of not only focusing on IPC adoption but also formalizing nurses' requests for assistance in overcoming patient objections through an escalation process.

Kellenbarger and other experts shared insights on developing and implementing escalation.

Tip
#2
Get set up for success
View more »

If you aren't getting what you need, you keep going up till you do.
Tricia Kellenbarger, CNS
University of Kentucky Healthcare

Some hospitals find success with a linear escalation process. A refusal first goes to the charge nurse then to the nurse manager. If the nurse manager is not successful, the refusal escalates up the physician side, starting with the resident. There is a 2-hour time frame for a response at each level.

At UK, doctors are involved from the start. “If a patient continues to say no, we want to hit them from both ends, and have the physician and nurse leadership come in and have the conversation as well," Kellenbarger said, noting that who responds depends on the team involved. UK policy allows a refusal to travel all the way to UK's chief nurse executive and the chief medical director. “If you aren't getting what you need, you keep going up till you do," Kellenbarger said.

Tip #2: Get set up for success 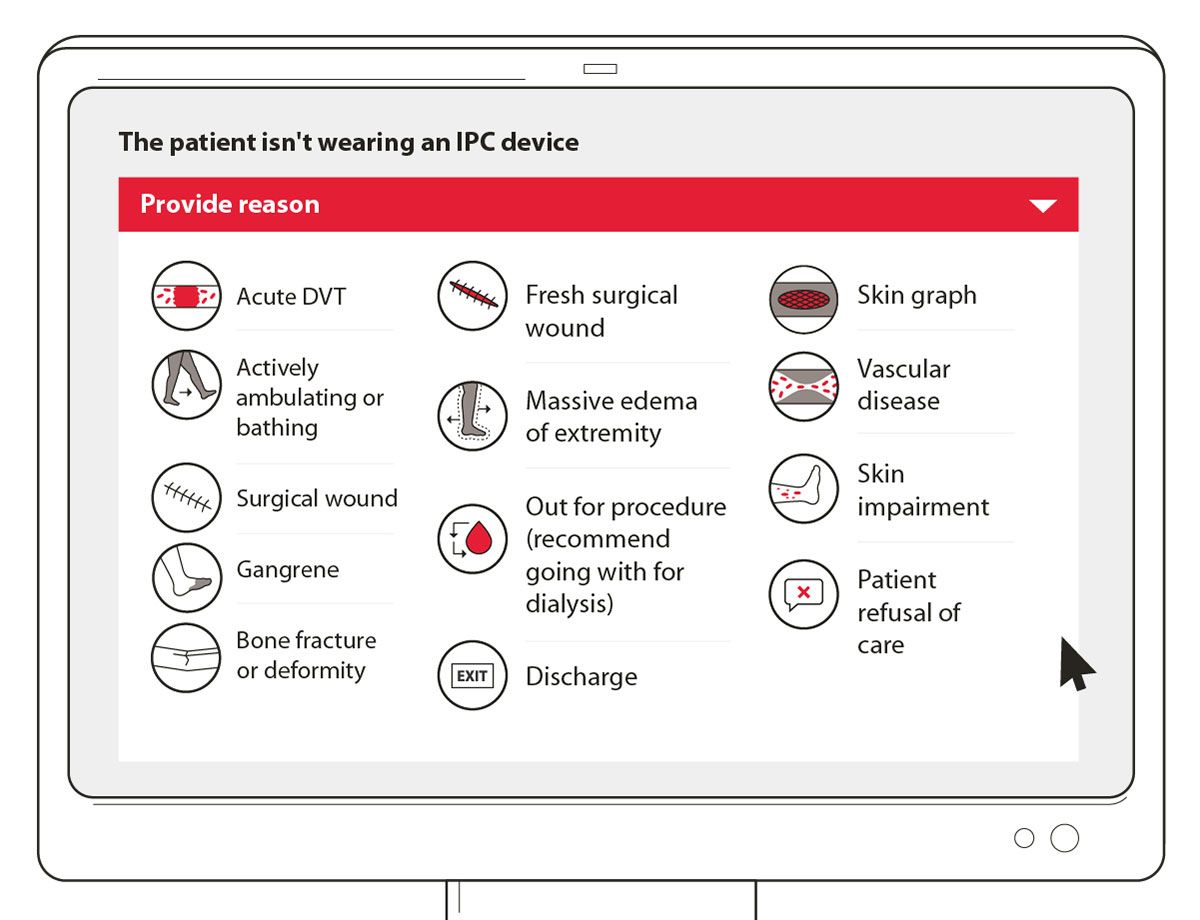 Doing due diligence to educate

In the end, even escalation may not convince some patients. “If they still refuse ... then that's OK as well. That's their right. But it is our job as nurses and as nursing leaders to make sure they understand the implications," Kellenbarger said.

Download our eBook and learn best practices for reducing preventable, hospital-acquired blood clots to near-zero as a healthcare community.

The PREVENT trial, published by NEJM, has led study authors to question the use of dual modality.