For pregnant women, the risk of a blood clot is 4–5 times greater

The maternal death rate in the United States has been rising. In fact, it has more than doubled from 1987 to 2015.

Many people don’t realize that pregnant women are at increased risk for a blood clot also known as venous thromboembolism (VTE) ― a serious and potentially fatal condition. In fact, a pregnant woman’s risk is four to five times greater than that of a non-pregnant woman.

According to one study, VTE, including pulmonary embolism (PE), a blood clot that travels to the lungs, and deep vein thrombosis (DVT), a blood clot in the vein, is a leading cause of maternal mortality in the United States.

The statistics are sobering:

Overall incidence of VTE in pregnancy and postpartum

Annals of Internal Medicine November 2005: Trends in the Incidence of Venous Thromboembolism during Pregnancy or Postpartum
Note: Women-year is a type of incidence rate measurement that takes into account both the number of people in the study and the amount of time each person spends in the study.

The risk for PE is high both before and after delivery

The critical risk period for PE in pregnant women is two days before delivery to one day after delivery. But it’s also important to remember that the risk continues into the period of up to six weeks after childbirth during which the mother's reproductive organs return to their original nonpregnant condition.

For women who deliver via C-section, the risk of PE is seven times greater than with vaginal delivery.

Risk of pulmonary embolism during pregnancy

American Journal of Obstetrics and Gynecology 2002

Awareness of VTE risk is crucial to prevention

Health organizations recognize the risk of VTE in pregnant and postpartum women. The Royal College of Obstetricians & Gynecologists (RCOG) and American College of Obstetricians and Gynecologists (ACOG) both recommend the use of intermittent pneumatic compression (IPC) devices to help prevent VTE, as well as pharmacologic agents in certain patients at elevated risk of VTE.

But these guidelines must be put into practice to have a positive effect. That’s why clinicians need to keep the risk of VTE in mind when assessing pregnant women for treatment.

Stay aware of the risk to help prevent VTE

If you are pregnant or caring for someone who is, be aware of these risk factors of VTE: 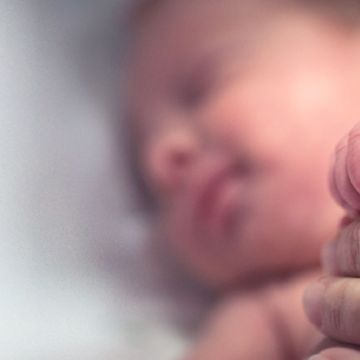 1 in 1000 pregnant women will have a blood clot

Join the community and receive #VTEPreventionChampion insights—straight to your inbox every month.

Thank you for joining us.

*
Please enter your email.
Nursing Skills Fair presentation
Clinical education opportunities
VTE committee meeting presentation
*
Yes, I would like to learn more about Cardinal Health’s products and services by email. I can withdraw my consent or change my preferences by visiting Update Preferences. Visit Privacy Policy for more information about Cardinal Health’s privacy practices.
This field is required.